Top 10 things to do in Ho Chi Minh City

Vietnam‘s war-torn history can’t – and shouldn’t – be ignored. Ho Chi Minh City Museum has many informative exhibitions, and explains the country’s bloody past through photographs, artefacts and memorabilia. It’s sensitively done, without glossing over the atrocities, and (rather ironically) is housed in the Gia Long Palace, where Ngo Dinh Diem spent his final hours in power before his assassination in 1963. 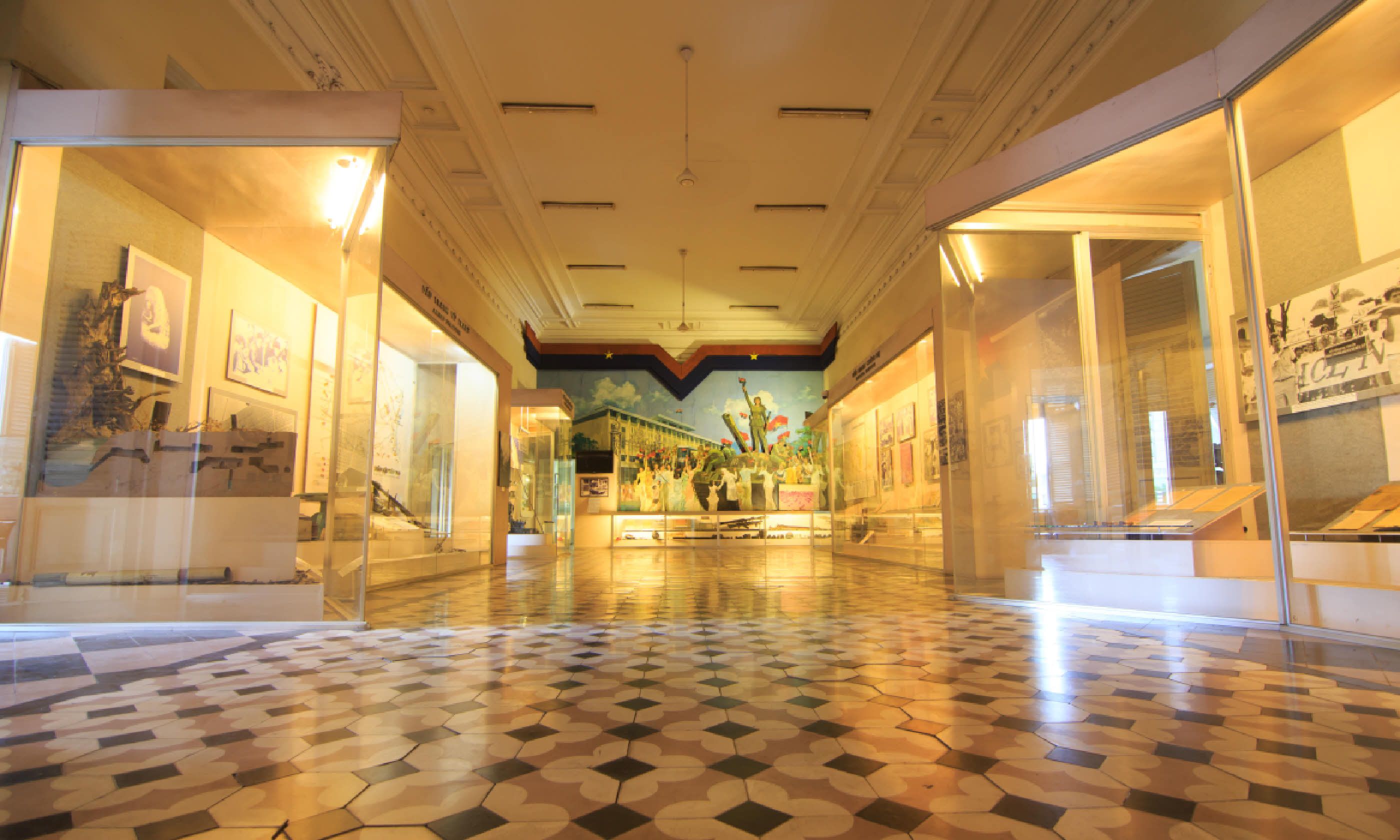 The War Remnants Museum is a more grisly – but equally essential – reminder of local atrocities. From eerie bomb remnants and first-person accounts by war veterans to a bloodied guillotine and photographs of horrific napalm burns, this is a chilling reminder of life not-too-long ago.

2. Dress up for Lam Son Square

This well-heeled area has always been one of the city’s most prestigious addresses: today, it’s the place to head for a night of culture, or a spot of shopping amongst the city’s affluent residents. 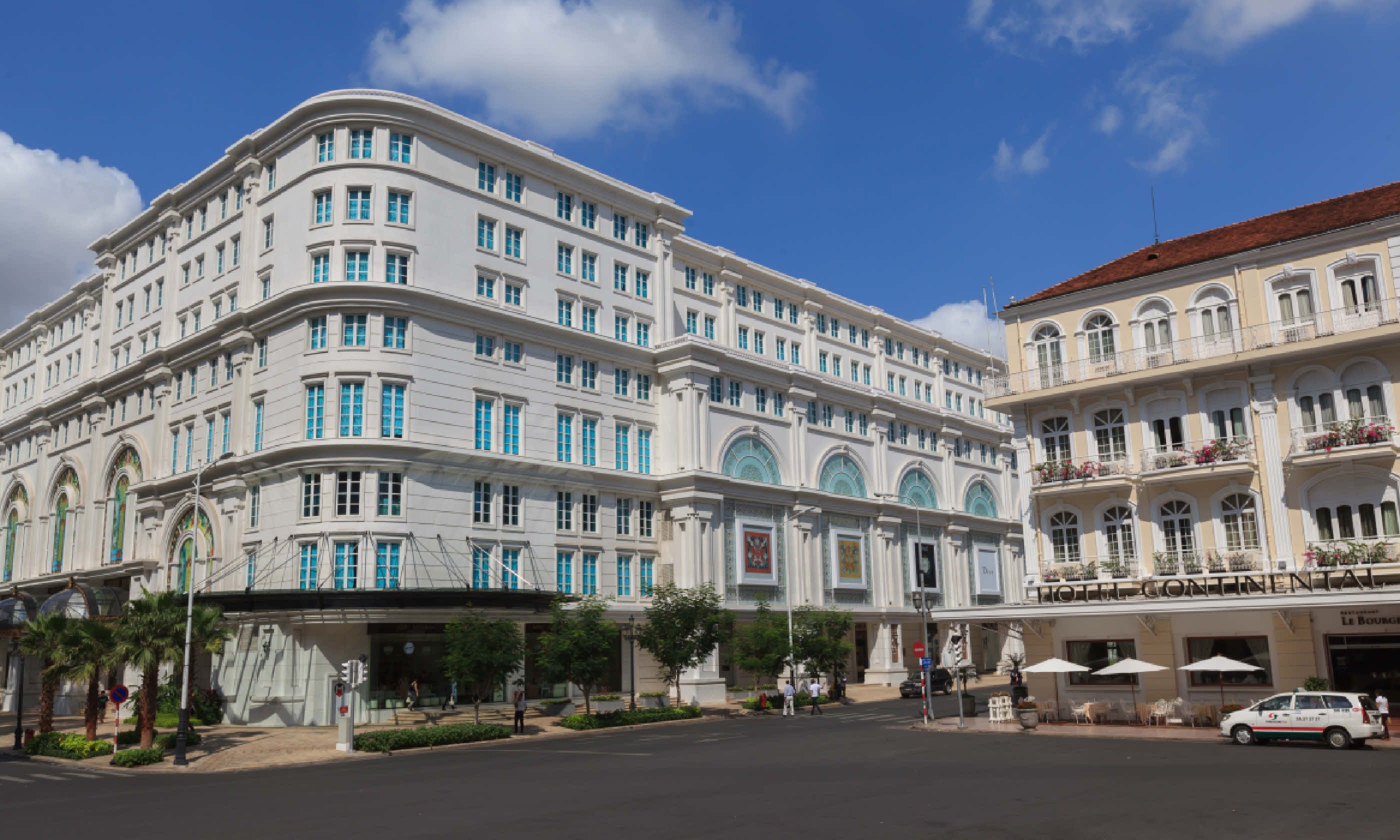 You can’t miss the Hotel Continental in the heart of Lam Son Square (its high-maintenance glossy finish marks it out from the crowd): this was the favored spot of French high society, and it’s still possible to sip cocktails in the hotel terrace, just as they did.

If you’re after a more meaningful cultural experience, make a beeline for the Municipal Theatre – a lavish 100-year-old building that regularly hosts local and touring dance, opera and theatre companies.

When the French left in 1954, Ngo Dinh Diem constructed the Independence Palace to demonstrate his country’s strength, but it was pulled down after an attempt to assassinate him. The replacement building was later renamed Reunification Palace after the fall of Saigon in the 1970s. 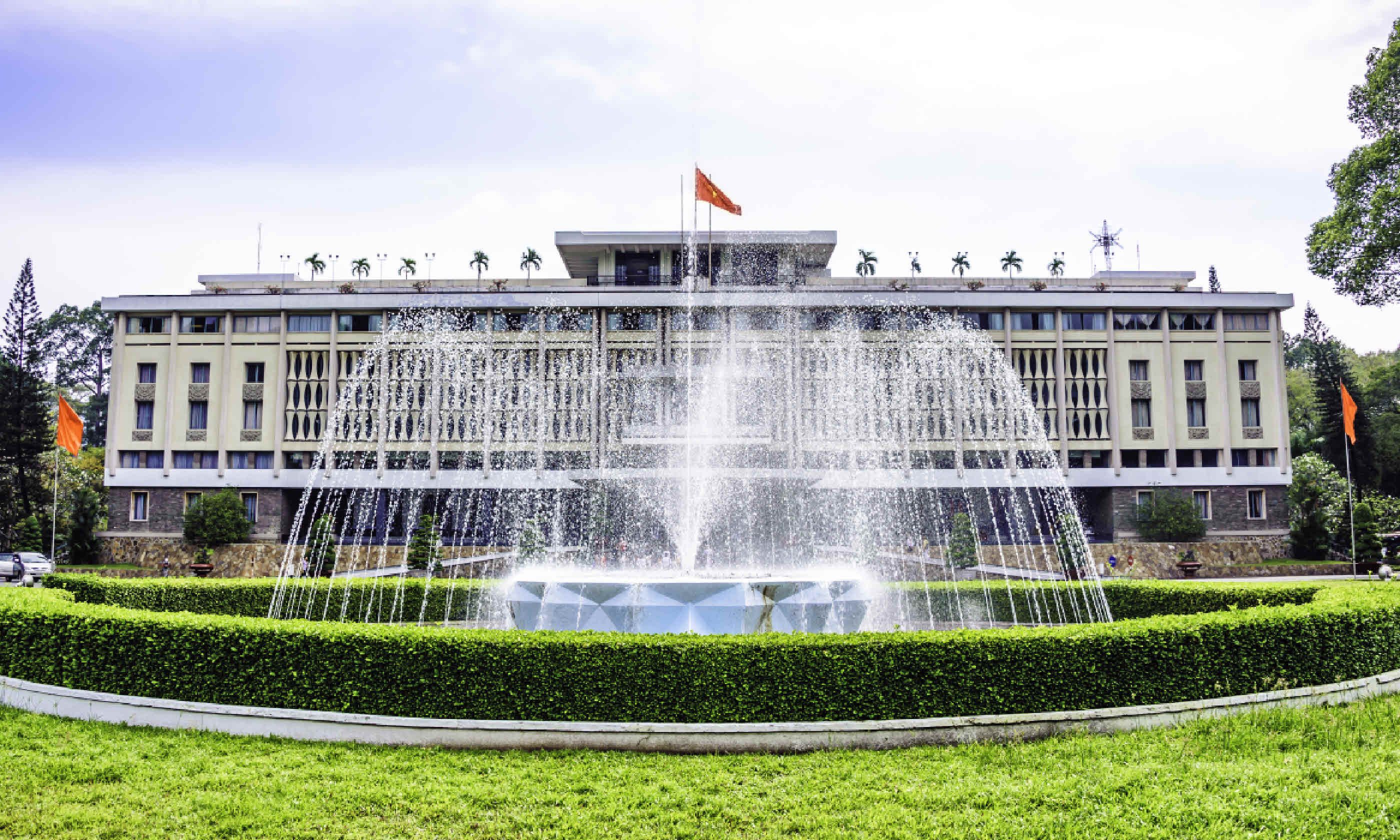 Much of the palace remains unchanged since the 70s, and although the shiny rosewood-clad meeting rooms and musty library are interesting, perhaps the most fascinating relic resides in the garden. Here, you’ll find the tank that crashed through the gates of the palace on 30 April 1975, signalling the fall of the Saigon regime.

If you only have time to see one Vietnamese pagoda, make it this one: built in the 1900s by Taoists and Buddhists, the Jade Emperor Pagoda is simultaneously spiritual and awe-inspiring in scale and ambition. 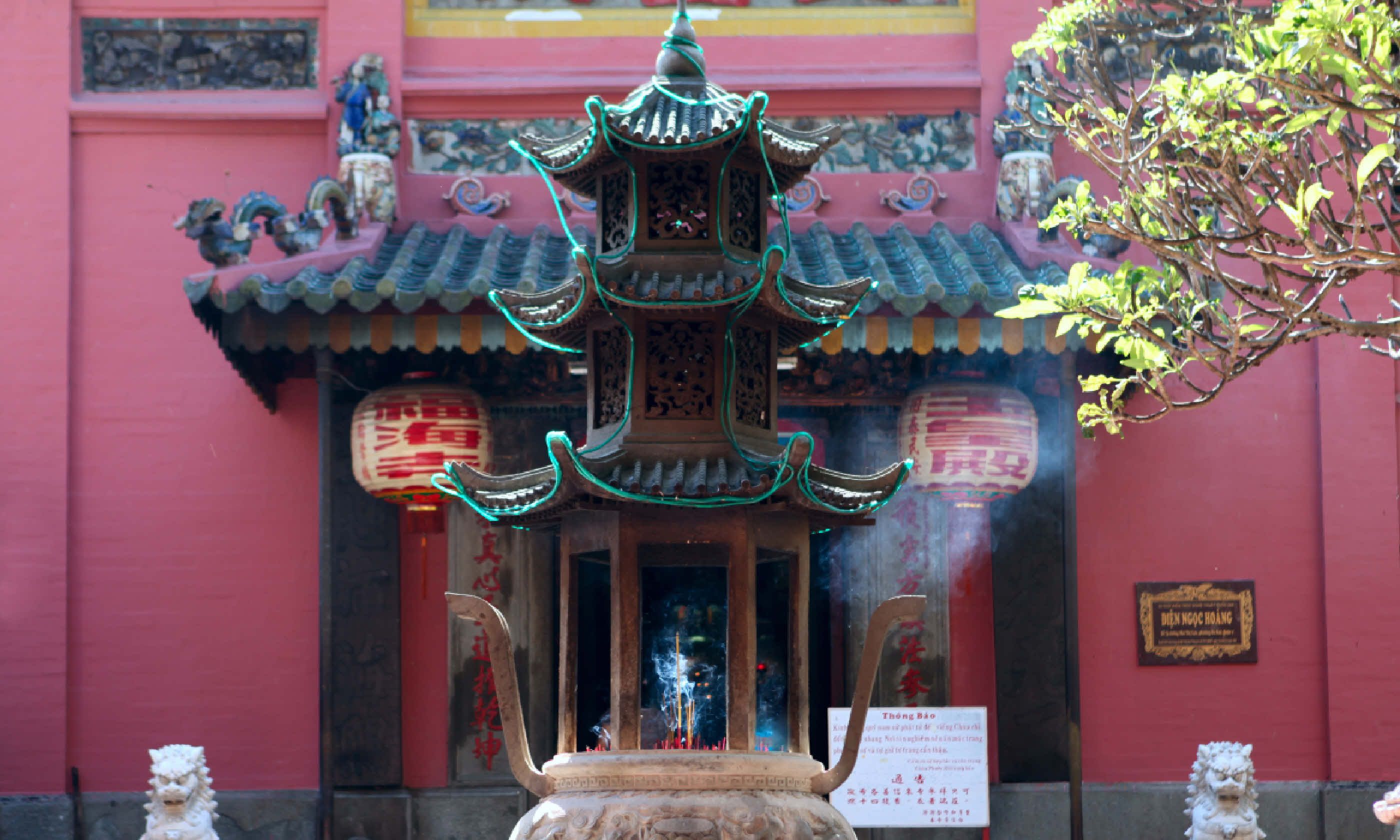 Ornate carved panels and intricate deities line the interior, flanked by lotus flower and fruit offerings and cloaked in a cloud of incense smoke. Head upstairs, and out onto the equally embellished roof terrace, where you’ll find a statue of Quan Am (the goddess of mercy) which overlooks a sacred bodhi tree in the courtyard.

Dong Khoi, a lively stretch of shops and bars, spans from Notre Dame Cathedral to the Saigon River. Visit Dong Khoi for its stories: this characterful road has played a part in Ho Chi Minh’s modern history, from the go-go bars that catered for young American GIs back in the 1950s, to its 1970s descent into disrepair after the fall of Saigon. 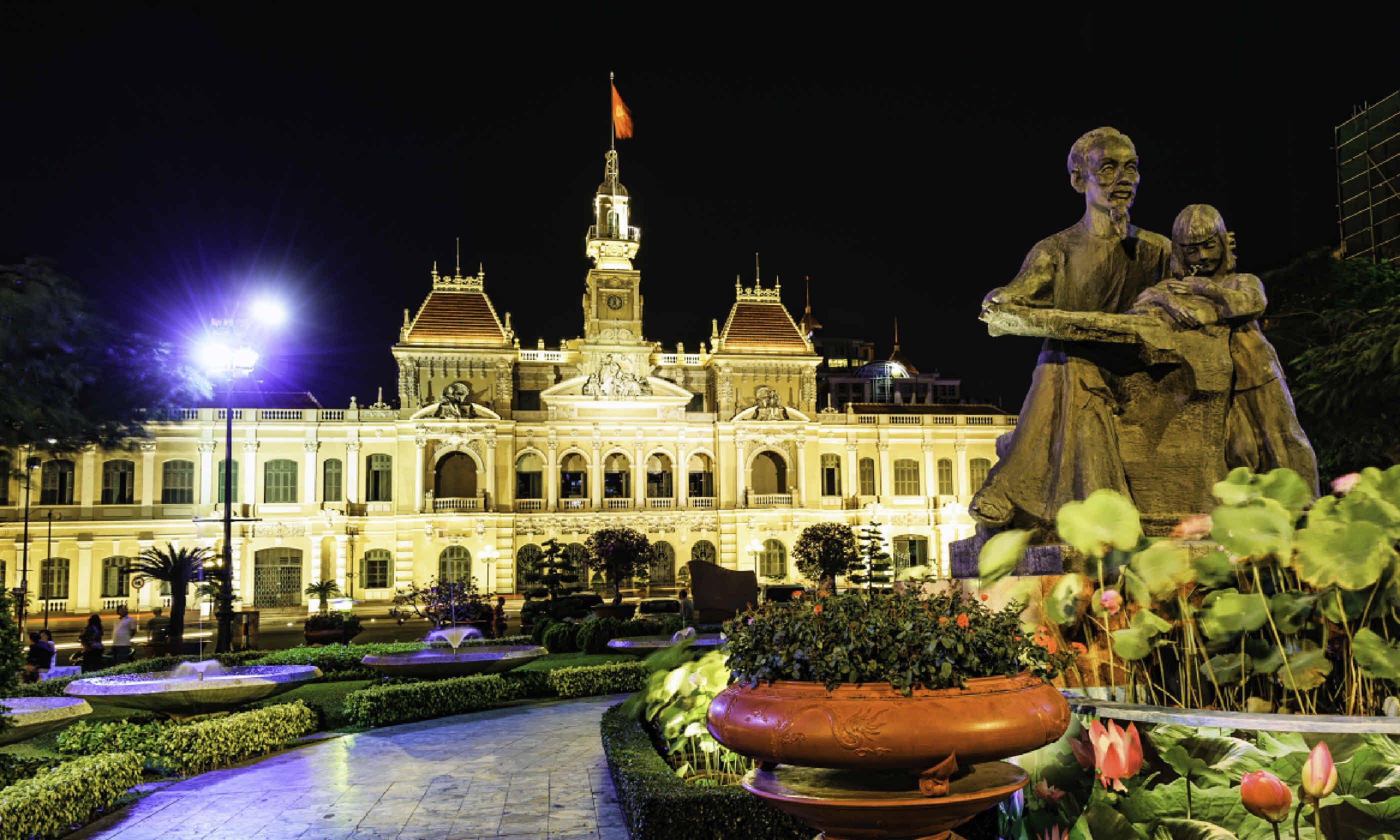 If you’re a night owl, you’re in the right place. Ho Chi Minh City by night has everything from bia hoi (fresh beer), to a variety of clubs, restaurants and bars for every taste.

Karaoke is a national pass-time, and bright-coloured signs announce it everywhere. Alternatively, relax and listen to traditional and popular Vietnamese music. 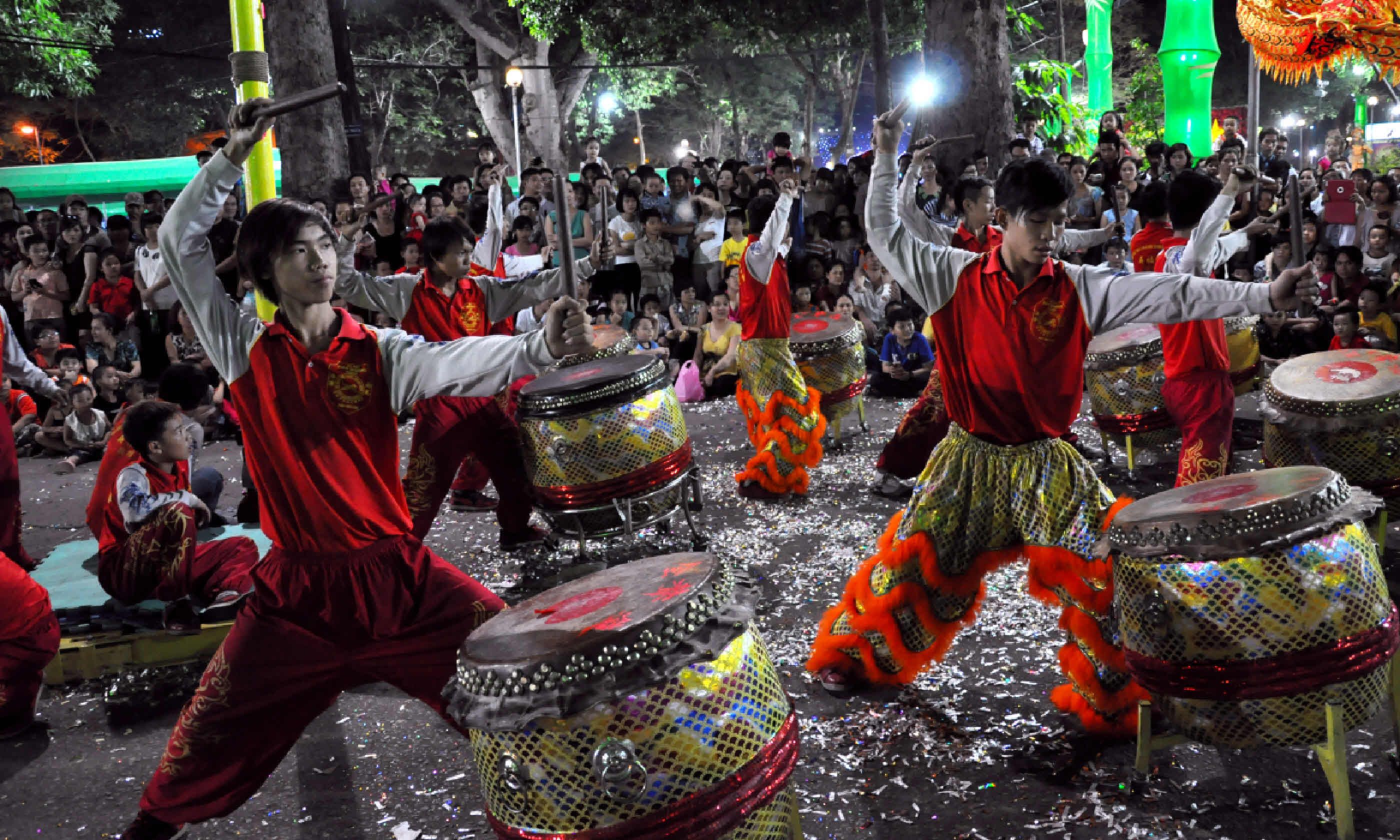 Movies are inexpensive, and not a bad place to cool off on a hot day. Tickets cost from $5 at newer cinemas – older theatres cost less. Concerts, plays and other events take place year-round, so be sure to ask at your hotel or hostel for current dates, times and ticket prices.

7. Haggle for bargains in the markets

There are two landmark markets (cho) in Ho Chi Minh City, and numerous others. Cho Ben Thanh, located in District 1 across from the bus station, is probably the best known. It is especially popular in the evening and at night, when food vendors set up stalls and locals and tourists alike gather to eat and shop.

The other, Cho Lon, is a huge Chinese market. You will not see as many tourists here, and the variety of goods is amazing. Both markets are a lot of fun, regardless of whether you’re souvenir shopping or just browsing. 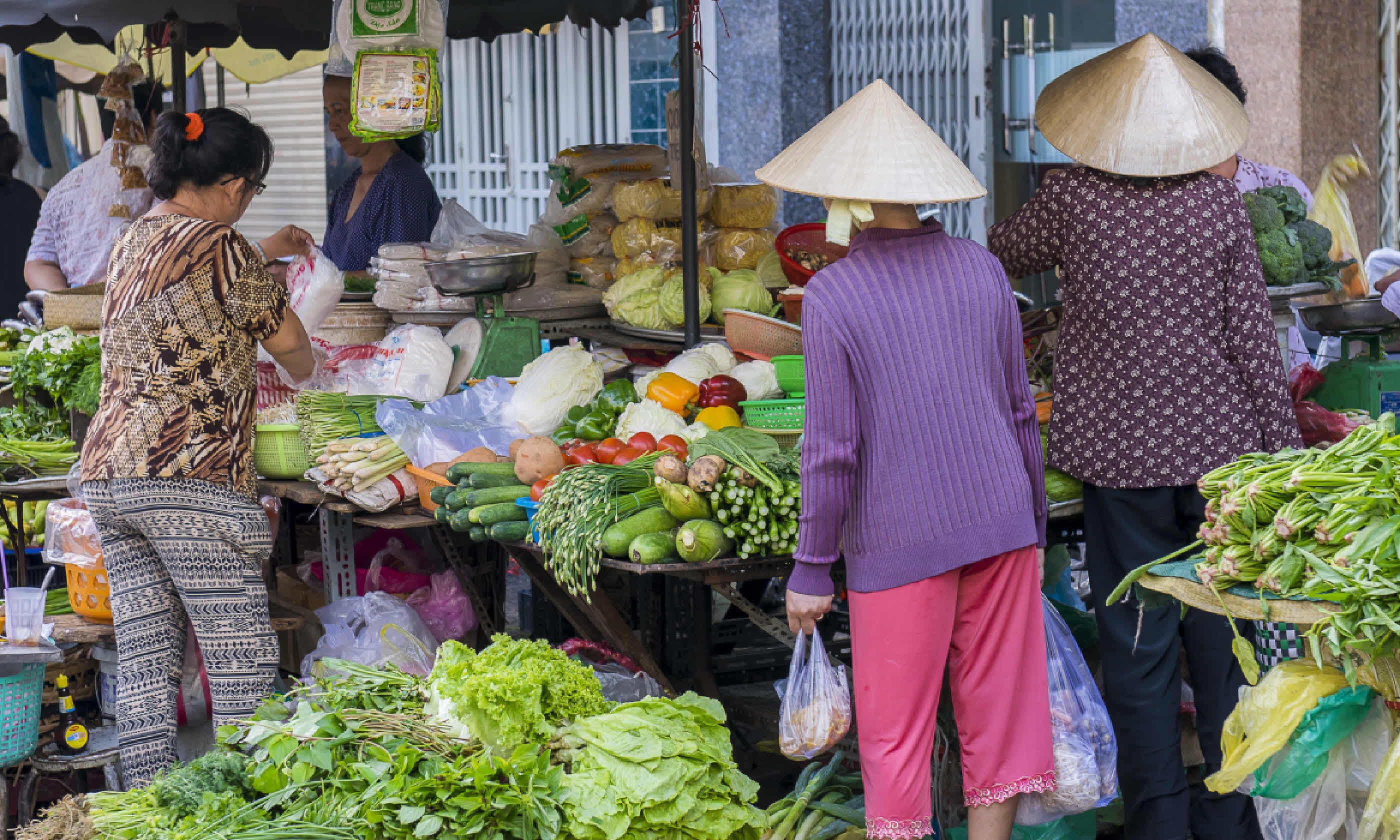 Ben Thanh is possibly more regulated, so you may have to worry less about knock-offs or price gouging. That said, you should always be wary of knock-offs and gouging.

Bartering is the way to shop here, so jump right in, offer a price that you think is fair, and have fun. Be extra careful if prices are absent or not clearly marked – that goes for everything, everywhere, every time.

Believe it or not, Vietnam is the biggest coffee exporter in the world. Vietnamese coffee is excellent – and it’s inexpensive and available nearly everywhere. Black coffee with ice (ca phe da) is strong and sweet with an almost chocolate-like richness. Condensed milk can be added, giving you coffee milk ice, or ca phe sua da. 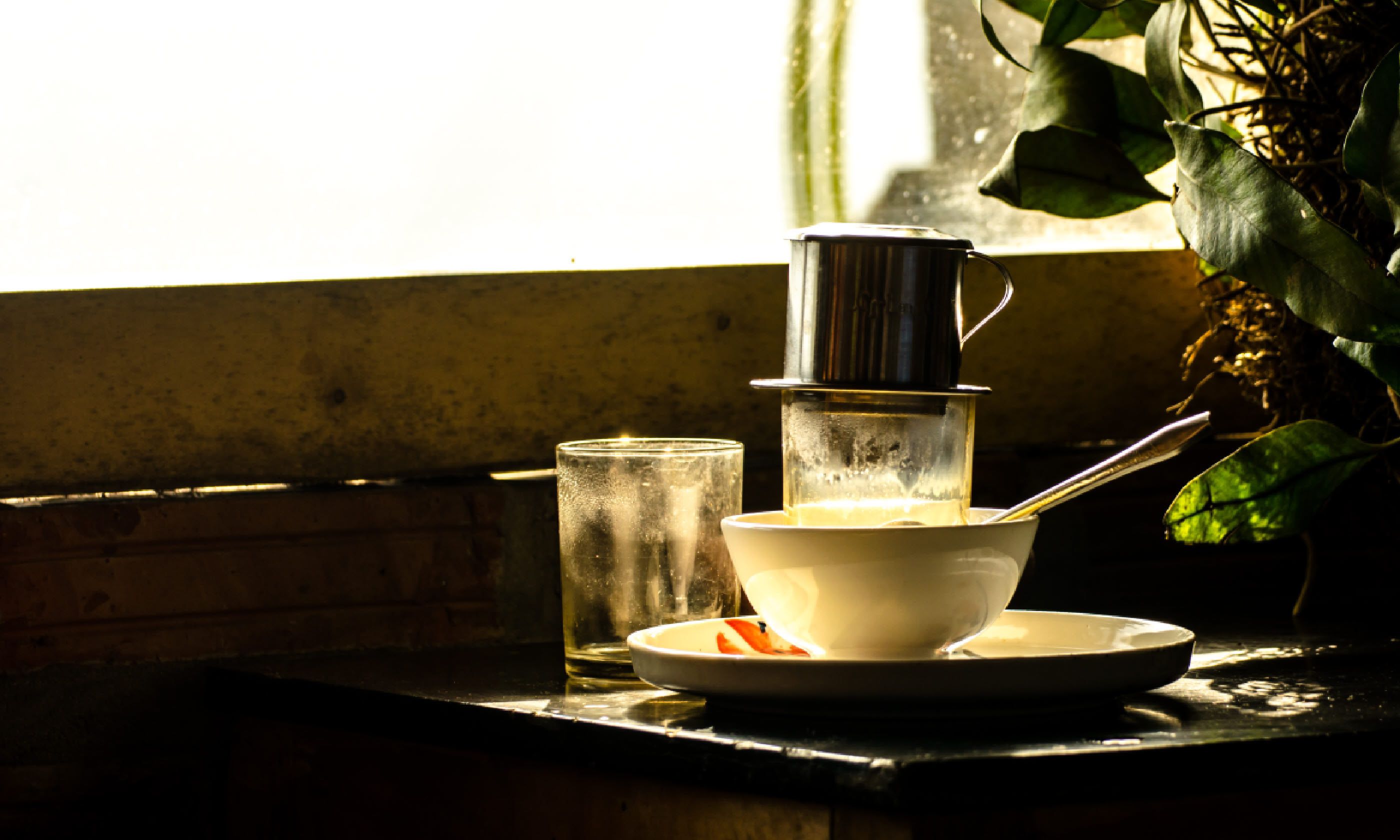 Coffee shops are a huge part of the city’s culture. From street vendors to side-walk shops, it’s hard to beat having a coffee and watching Ho Chi Minh City go by. Prices range from 33 cents from a street vendor, to $3 or more at the top-end places. Deep-roasted Trung Nguyen is the most popular local brand.

Vietnam’s reputation as one of the world’s tastiest street food nations is well deserved, but many of the pricier restaurants can be disappointing – especially when you combine (more-than-likely) poor service with the hit your wallet takes. You can have a much better meal elsewhere for just a few dollars. 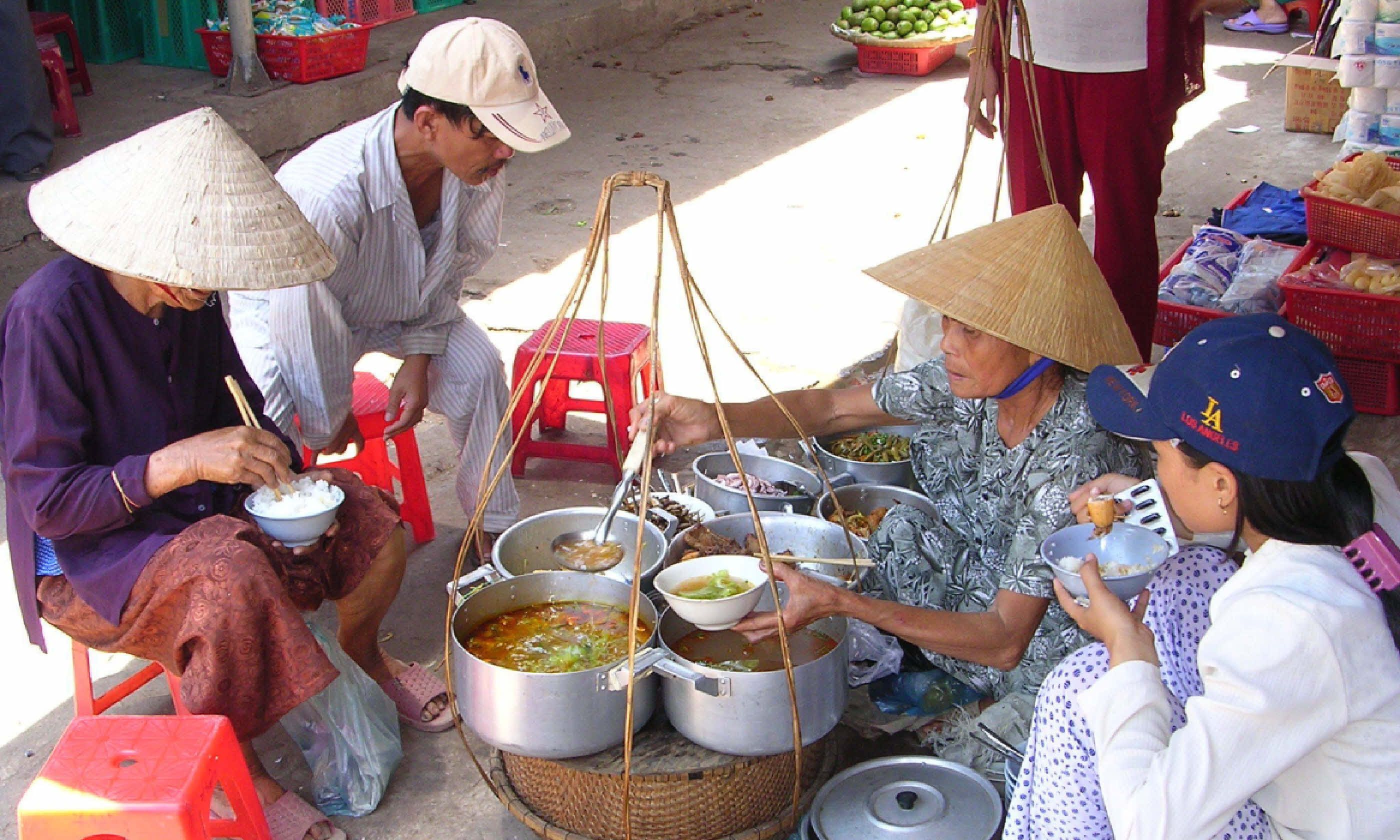 In small eateries, prices range from an incredibly low $3 for a typically large meal of meat, rice and vegetables, but you can pay $50 or more at a four- or five-star restaurant. The hot pots are outrageously good. Tipping is highly irregular, which makes the overall lack of anything resembling service a bit easier to swallow.

Ho Chi Minh City is the perfect starting point for exploring southern Vietnam, as well as further afield around Southeast Asia. The graciousness of the people living in the ‘countryside’ is quite refreshing after being stuck in the city for long stretches of time. 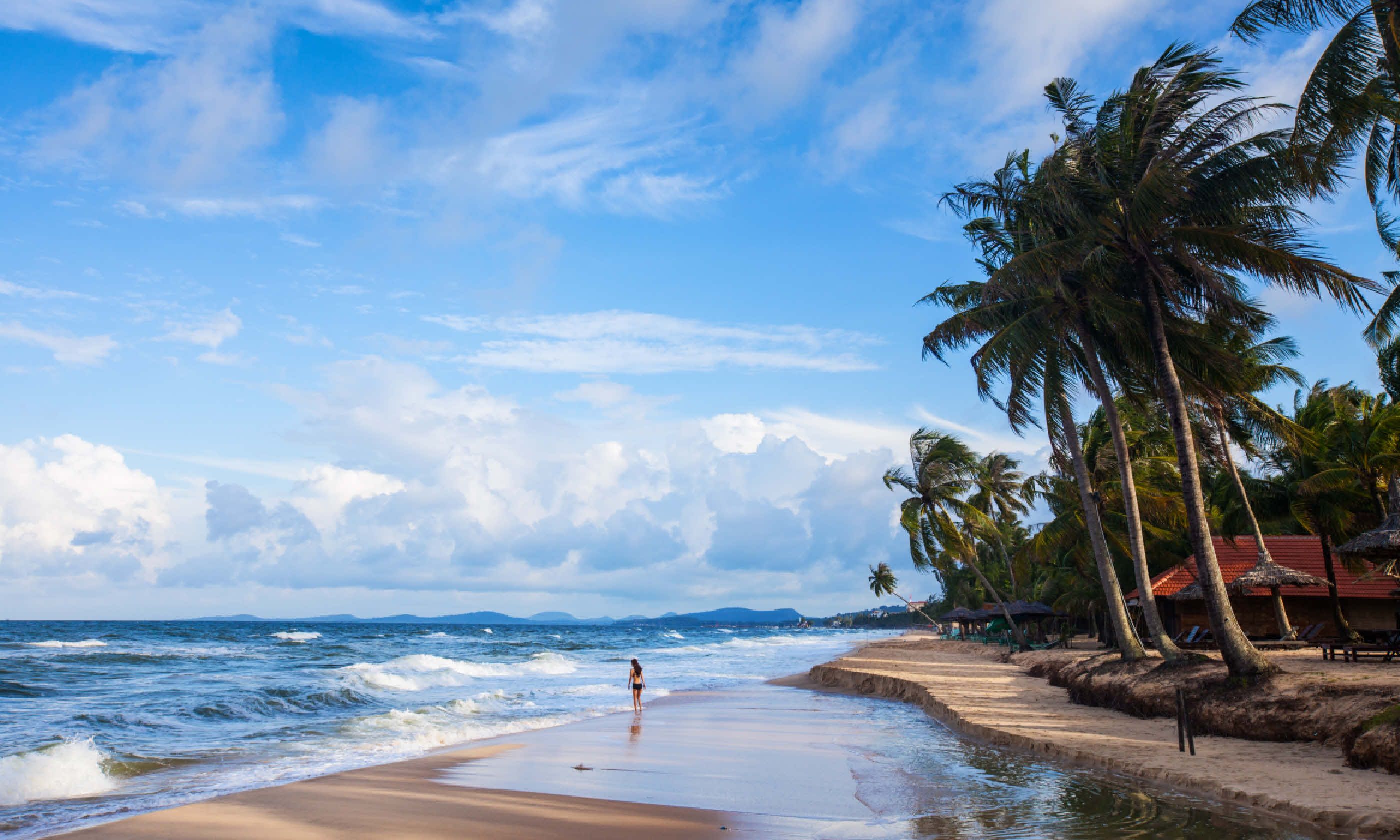 Taking the express water taxi and checking out all of Vung Tau is an unmissable day trip. Can Tho, the Mekong Delta, Phu Quoc Island, Phan Thiet and Mui Ne are all nearby, as is Cu Chi.

Looking for a longer adventure? Read our motorbiking guide to the Ho Chi Minh Trail, the 1950s military-built route than stretches the length of the country. It starts in Hi Chi Minh City, weaving northwards through challenging rural terrain.

The Text Widget allows you to add text and HTML to your sidebar. It’s the most popular widget because of its power and flexibility

Register now! We will send you best offers for your trip.